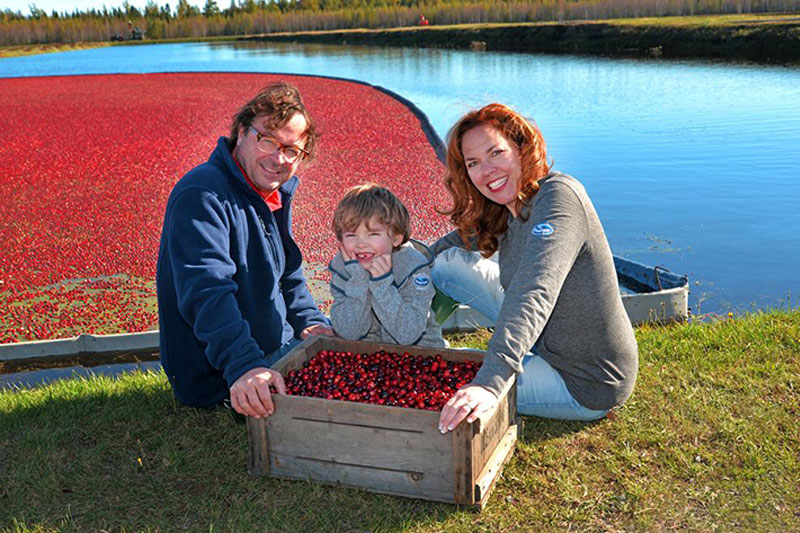 The Larocque family have been Canadian cranberry growers for Ocean Spray since 1958. Louis-Michel, his wife, Geneviève, and their son, Édouard, live and breathe farming. Inspired by a trip to Cape Cod’s cranberry bogs in 1938, Louis-Michel’s grandfather, Edgard, was a pioneer who brought the crop to Quebec. In 1941, Edgard’s son Charles joined the company, taking over in 1950. Charles then worked with Vernon Goldsworthy who taught him how to adapt Wisconsin’s crops to that of Quebec. Louis-Michel, who now operates the farm since 1985, is inspired by the two generations before him to continue the tradition of farming cranberries while innovating for the future. When they are not on the farm, you can find the Larocques enjoying the outdoors or traveling.